By All Means Necessary 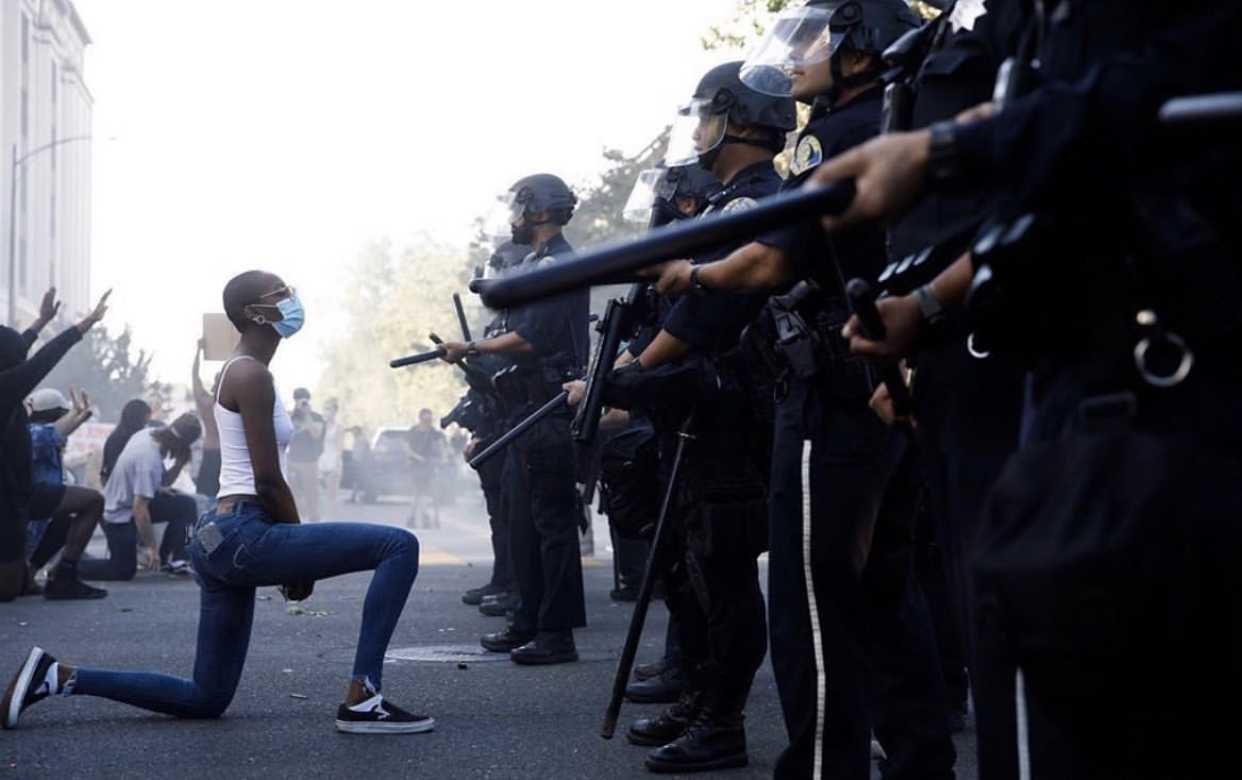 We normally send emails in an attempt to sell wine; this has nothing to do with wine or sales. We normally begin our emails with wishes of health and happiness; however, the unfortunate truth is that those wishes becoming reality is not fully possible for all people.

After seeing the The United States Government violate its own constitution by using force to disperse peaceful protesters for the sake of a photo opportunity, our original intent through several email drafts was to show solidarity to Black Lives Matter and all the protesters and to provide an uplifting message to help us all deal with the harsh realities in front of us right now.  None of those messages felt right because this shouldn’t be about how we feel here at Idlewild. This message should be about countless others who no longer have a voice.

Racism looks awful when it is expressed as hate, but there are far more insidious forms of racism that we must root out.  Ignorance is one.  Access is another.  Privilege is another.  To break this hegemony we need to recognize and understand what this privilege has afforded us (for those that do not know, we are two white males who have certainly benefited from simply being born with a certain color skin)…

This list, as hard as it is to read, is just the beginning and only focuses on deaths. Let’s look at something much less horrific: traffic stops. African Americans account for 13.5% of cars on the road, yet 42% of all traffic stops are African American drivers. This is systemic racism. It stretches from children’s education, to housing, to access to healthcare, to a criminal justice system that disproportionately incarcerates people of color, all the way to innocent people being murdered by those who are supposed to be here to protect them.

Apathy  is defined as: a lack of interest, enthusiasm, or concern.  We can no longer be apathetic. Privilege and the other insidious forms of racism are holes that let in the cruelest forms of hate in this boat we call life, and they will ultimately sink us. We need to constantly be bailing that ugly water out of the boat and working to patch those holes by calling out and standing against all forms of racism we see in our lives, or we all risk drowning.  It’s the only way this broken record of tragedy followed by rage is going to reset, and it’s a fight that we need to prepare ourselves for each and every day.

Speaking of rage, many of you may think of the violence that has been seen in our country this past week. While we don’t condone violence ourselves, we understand and are empathetic to how it has come to be. Remember, violent forms of protest are a result of trauma caused by the actions of all of us who have not yet listened to, or risen to, the challenge of being part of the solution. And, this past week’s violence is nothing in comparison to what African Americans have endured at the hands of both our government and our citizenry.

We know this email may have its flaws and mistakes as this subject is extremely difficult to understand and discuss, but we do hope the intent is clear.

We are sorry it took us this long to write this and to face this ourselves. We will be actively working to root out these problems in our community and within our industry each and every day from now on, so a list like the above never has to be written again by our children.

To those of you who find our stance against active and systemic hatred unpleasant or disagree with these beliefs, we respectfully ask you to unsubscribe from these emails and unfollow us on social media.

We keep hearing about the “return to normal” as we emerge from the Covid-19 pandemic. But remember, we get to decide what that new normal is! We urge you to vote, call out racism of all types when you see it, and use whatever platform you may have to continue this action and dialogue for positive change.

“Whether peace by war, or peace by peace, the reality of peace is scary,
But we must get there, one way or another, by all means necessary.”
-KRS-One, Boogie Down Productions

This item has been added to your cart.